Job queues seem to die on their own

I noticed an anomaly when I used my Windows Machine where Sickrage would periodically hang. Sometimes there was a notice saying that a job id couldn't be found. Since then I moved to Docker so I can isolate this on a Linux VM and monitor it. Since then I have seen the same thing happen but it's more noticeable. I suspect queues aren't restarting on their own if they die off. It happened today, where I tried to save configurations (I noted a lot of things have moved to queues now - but also has broken some places like manual processing as there currently no system feedback anymore as its processing). See below screens, the first one was on save - you will notice the error in console looking for a job that doesn't exist. 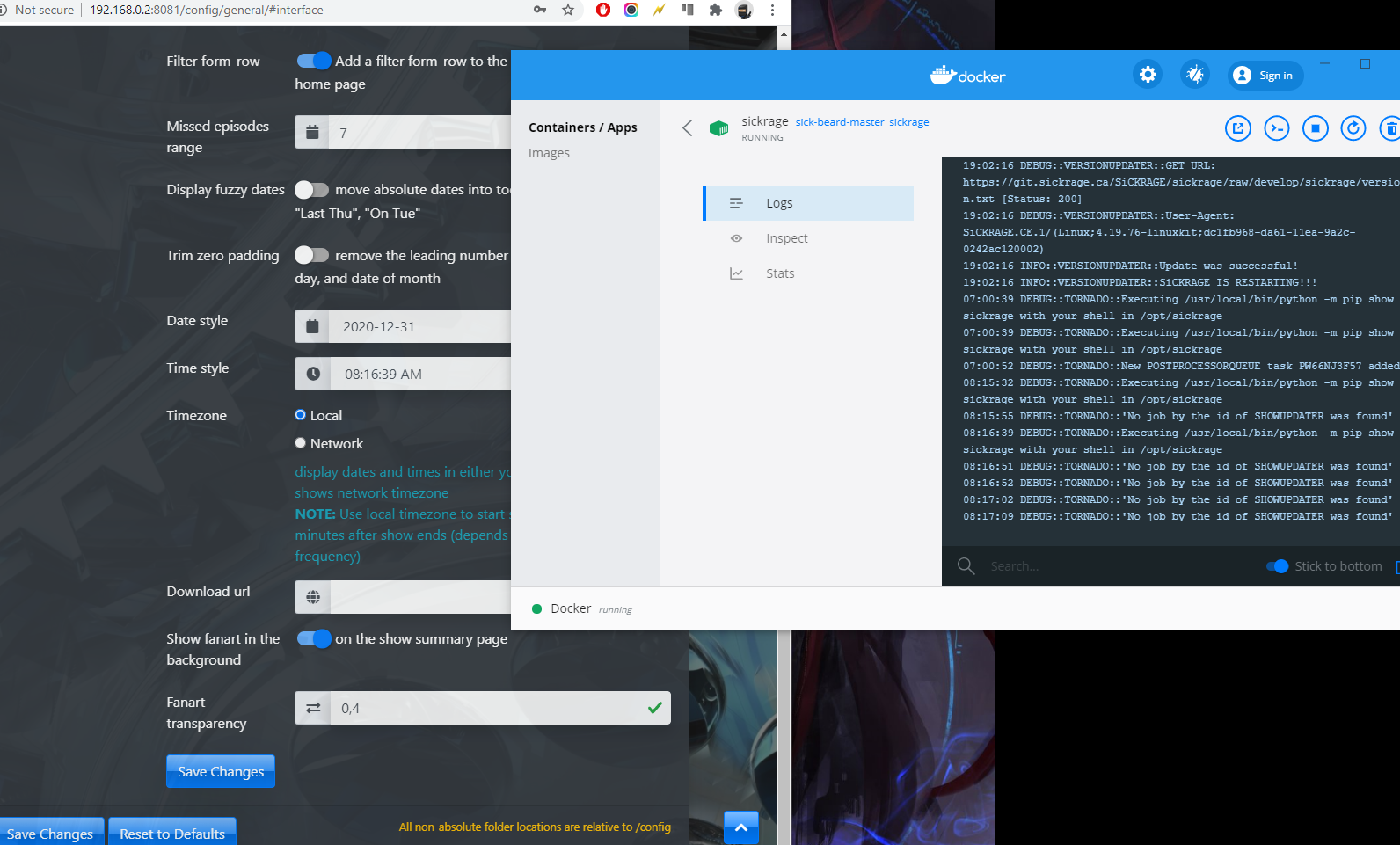 I then when to look to see if any queues were running and to my surprise they were all off.

The fix for me was just to restart and they started up again, but I have a feeling it wouldn't be long and they will shut down again.